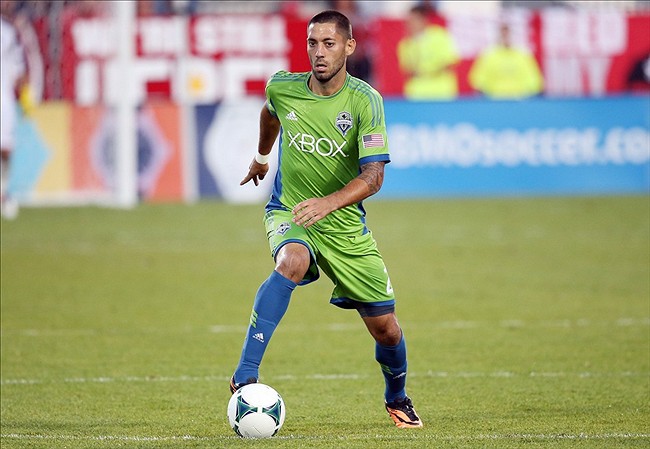 It’s almost a quarter of a way through the MLS regular season and things are starting to heat up for certain teams. Let’s go through the top teams and the top games that have been played so far. Clubs are beginning to establish their dominance in the league, so let’s see what has made them so dominant so far.

One of the most exciting games recently was when FC Dallas defeated Toronto FC 2-1 thanks to a late game-winning goal by Blas Perez in the 88th minute. Perez entered in the 70th minute for David Texeira and scored his third goal of the season when the ball fell to his feet 3 yards from the goal line and the rest was history. With that win, Dallas stays on top of the Western Conference table with a 5-1-1 record. Perez actually sat out of the 3-2 loss to Seattle back in April 12, because of a hamstring injury. For him to come back from injury and rejuvenate the Dallas club was crucial to this team’s recent success. They lead the league in goals scored with 17. As for Toronto, they stay even at 3-3, but they are still 3rd in the Eastern Conference table with that standing.

Staying in the Eastern Conference, defending MLS Cup champions Sporting Kansas City takes a share of the top seed with Columbus after a 4-0 drubbing of the winless Montreal Impact. Dom Dwyer of Kansas City scored the last two goals of the game in the 74th and 86th minute. He has now scored four goals in his last four matches.

Kansas City would have remained alone at the top if it were not for Hector Jimenez of the Columbus Crew scoring in the 90th minute against D.C. United to tie it up at a 1-1 draw. They were able to pull through even with just 10 men on the pitch after Bernardo Anor was sent off for a two-footed tackle on Perry Kitchen in the 81st minute. Both Columbus and Kansas City play Wednesday night at 7:30 p.m. Columbus will play at home against New York while Kansas City will travel to New England.

Two of the top goal scorers in the league squared off when Seattle took on Chivas USA. Dempsey is tied with Erick Torres with 6 goals. The Sounders won the battle and improved to a 4-1-2 record after Clint Dempsey found Obafemi Martins in the 81st for the game-winner.

Wednesday night should bring a lot more action from the MLS. Teams are fighting for top position and some other teams are trying to get out of their early season slumps. Look for superstars like Dempsey and Jermain Defoe to step up their game as the middle of the season inches closer. Stay tuned!